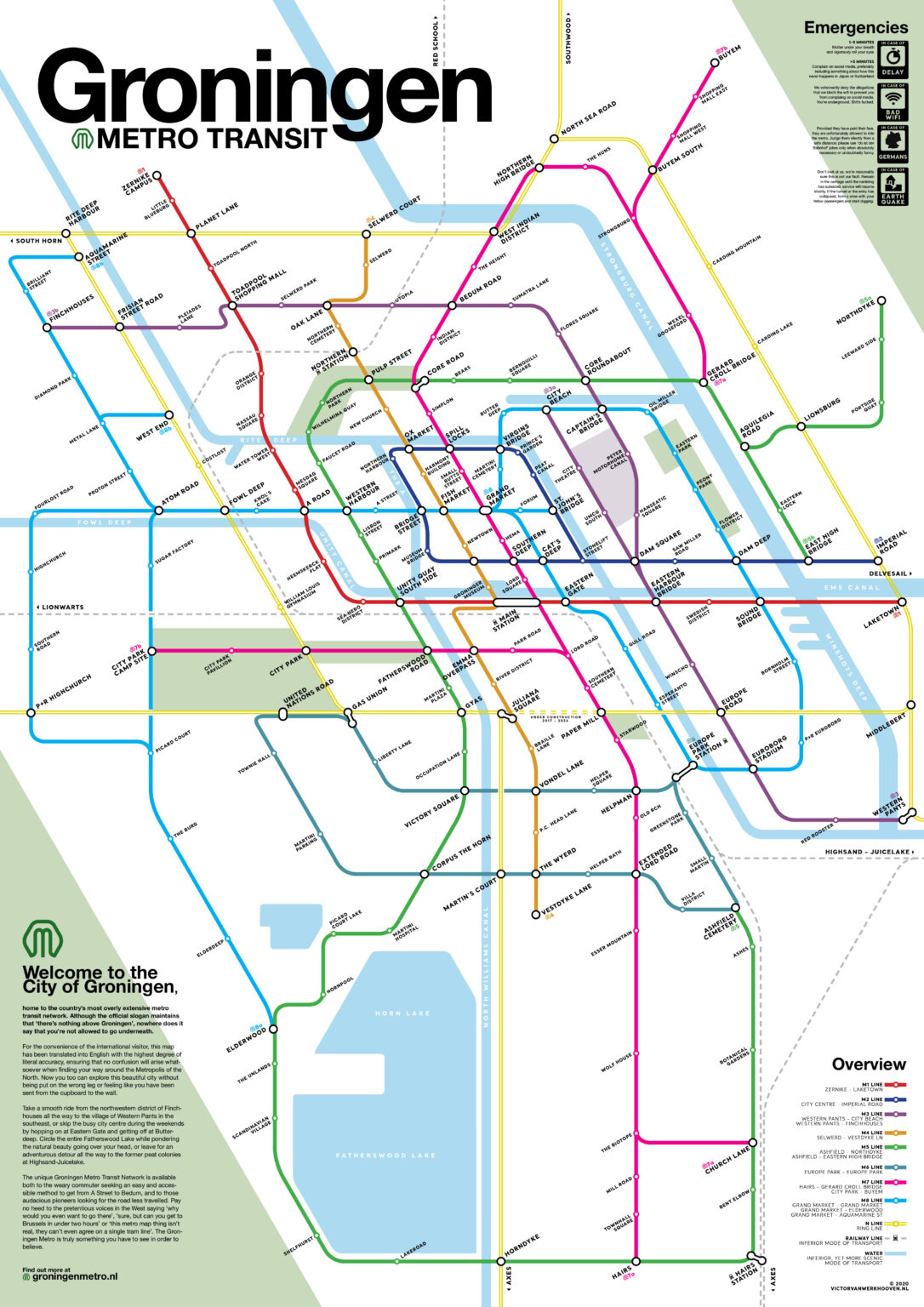 Welcome to the City of Groningen, home to the country’s most overly extensive metro transit network. Although the official slogan maintains that ‘there’s nothing above Groningen’, nowhere does it say that you’re not allowed to go underneath.

For the convenience of the international visitor, this map has been translated into English with the highest degree of literal accuracy, ensuring that no confusion will arise whatsoever when finding your way around the Metropolis of the North. Now you too can explore this beautiful city without being put on the wrong leg or feeling like you have been sent from the cupboard to the wall.

Take a smooth ride from the northwestern district of Finchhouses all the way to the village of Western Pants in the southeast, or skip the busy city centre during the weekends by hopping on at Eastern Gate and getting off at Butterdeep. Circle the entire Fatherswood Lake while pondering the natural beauty going over your head, or leave for an adventurous detour all the way to the former peat colonies at Highsand-Juicelake.

The unique Groningen Metro Transit Network is available both to the weary commuter seeking an easy and accessible method to get from A Street to Bedum, and to those audacious pioneers looking for the road less travelled. Pay no heed to the pretentious voices in the West saying ‘why would you even want to go there’, ‘sure, but can you get to Brussels in under two hours’ or ‘this metro map thing isn’t real, they can’t even agree on a single tram line’. The Groningen Metro is truly something you have to see in order to believe.

BUY THIS MAP ON ETSY