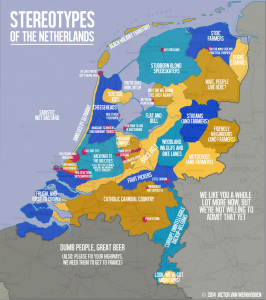 Inspired by the New Jersey map, and used as a fun exercise in both mapmaking and summing up my own knowledge of my home country. Obviously this is no hard science (or whatever form of science, for that matter), but, you know, it’s a map. Maps are cool. 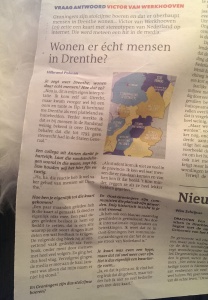 This one blew up in an unimaginable way. Views in the hundred thousands if not millions, national and international coverage both online, in the paper and on tv, and an interview or two. Absolutely mental.

After creating the image, I posted it on Reddit (both in r/TheNetherlands and r/MapPorn). The map quickly found its way to Facebook, and from there on to bigger publications. GeenStijl, NRC Handelsblad, Trouw, Dagblad van het Noorden, and of course the hilarious news item at Editie NL. I’m still not quite sure how to top all this…